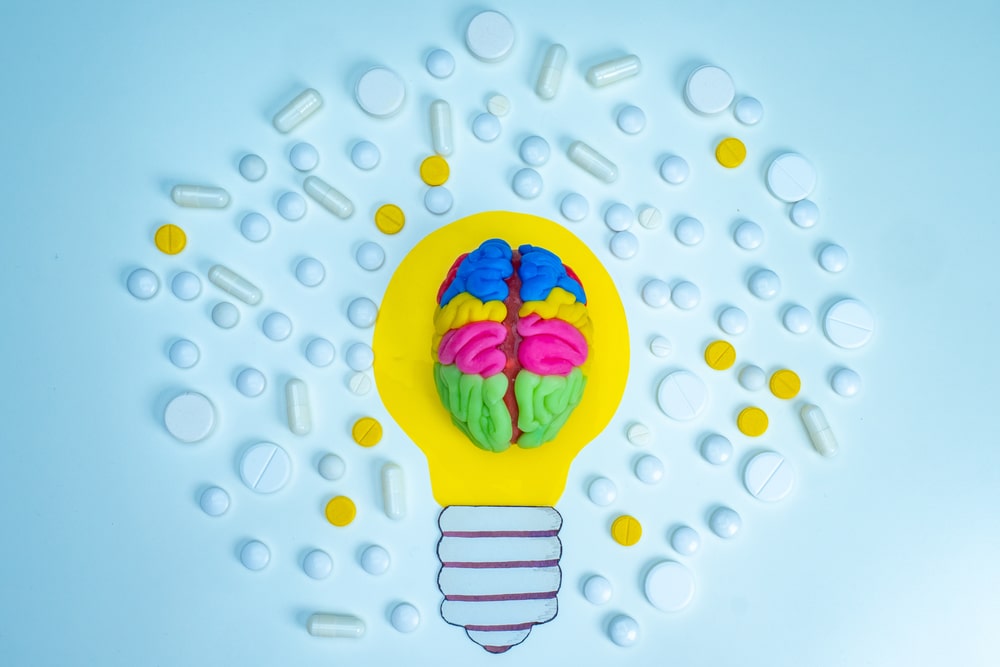 The rise of nootropics, the ingredients that boost our brain

Nootropics, also called cognitive enhancers, are molecules whose ambition is to improve cognitive performance. What is the promise? To exploit all parts of the brain, in particular those that are usually not used.

To give an order of magnitude: the memory/concentration promise represented €9.4K in French pharmacies in 2020[1].

Nootropic promises are mainly based on the brain. Indeed, the principle consists of improving the brain’s performance by modifying the metabolism of the neurones. Thanks to this cognitive boost, people should then be capable of improving their memory, their learning capacity and mental aptitudes.

More recently, the benefits they bring have been enlarged to general well-being. Well-being that is among others generated by stress reduction.

These promises that are brought forward are directly linked to ‘biohacking’ or ‘participatory biology’ trends. This trend means knowing your own biology, that is to say your own body and health and understanding how to optimise it to become a better version of yourself. This is done through diet, new daily habits or as in this case by dietary supplements.

However we must note that the benefits put forward do not rest on claims linked with nootropics. Indeed as the effects vary from one person to the other it is difficult to guarantee their efficiency. As a result the EFSA has not rendered a decision on claims that classify ingredients as nootropics. Therefore today they are tolerated in products but may not be put forward as nootropics.

Regarding the targeted audience, they are very logically people who want to maintain or improve their cognitive capacity. Among these people, one can find senior citizens, driven by the ‘healthy ageing’ trend. These people wish to actively fight against cognitive decline. Let’s also mention students during their examination periods. Lastly, new target audiences have appeared. Firstly, gamers, who want to reach their best mental performance. Then, hospital staff, who are seeking solutions that allow them to keep up the pace psychologically.

Among nootropics, we find several more or less well-known ingredients such as creatine, taurine or even L-theanine.

In the United States, they are slowly replacing ‘smart drugs’, prescription medicine composed of synthetic substances.

Nootropics are made of several natural ingredients in particular based on natural substances. We find caffeine, gingko biloba or green tea, for example.

Each ingredient has its own operating mode. L-theanine found in green tea for example boosts neurotransmitters that are responsible for our attention, such as GABA or dopamine. Simultaneously it reduces excitatory neurotransmitters such as glutamate. In this way L-theanine should allow to fight against anxiety, stimulate cognitive function and improve sleep for example[2].

Create your nootropics with PiLeJe Industrie

At PileJe Industrie, we have unique plant expertise. Expertise that gives us the opportunity to support you in creating your tailor-made solutions with high added value.

For your plant ingredients we have a specialised workshop called the: ‘Plant Extract Studio’. The plants used come from highly specialised fields and we are particularly interested in plant extraction. Quality and attention to detail are guaranteed at each stage of production. Lastly, our quality policy means that we can guarantee consumer safety.

By partnering with us you will be able to produce your own nootropics. High quality nootropics that are adapted to your needs.